Not so long ago, I had the opportunity to taste Dom Pérignon 2010.

First something about the release moment. Some consider the arrival of this 2010 to be rather close to that of the 2008. Actually, that is not correct, as I tasted the 2008 for the first time in November 2018. So there are about 20 months in between, and that in the realization that 2008 was / is ‘a giant’ and was therefore given more cellar time. Vintage 2010, as usual at Dom Pérignon, spent around 9 years sur lattes

“It was not even a foregone conclusion that there would be a Dom Pérignon 2010.”

The growing and maturing season was rather chaotic. Winter was cold, spring was cool – as should be, given Champagne’s northern location.

Summer was initially warm to even hot and especially dry, but in mid-August everything changed dramatically. There was as much rain in 2 days as normal in 2 months, while the temperature remained high. Well, then you know it.

On the positive side, the bunches of grapes grew well and ripening went fast – there was certainly no water stress from then on. However, mould formation can’t be prevented and can hardly be controlled under both warm and humid conditions. The pinot noir was particularly affected by grey rot. At the time of picking, however, the grapes turned out to have a perfect balance between sugar and acidity and so people became more enthusiastic by the day.

The chardonnay harvest came in under excellent conditions and even the pinot noir harvest was surprisingly good, but based on strict selection.

So when the wine team tasted and discussed the many vins clairs, they knew quickly: a Dom Pérignon Vintage 2010 will be released in due course.

The proportion of chardonnay in the cuvée is, unlike in most cases, somewhat smaller than that of pinot noir – usually it is around 50/50.

I am very positive.

As far as I am concerned, the 2010 lives up to the image of Dom Pérignon: The wine has breed, there is power, there is energy, and that wonderful tension between lightness, a broad variety of aroma’s and generosity.

The finish is long and deliciously mineral.

The aromas are layered and complex with spring blossom, citrus, tropical fruit, brioche and toast.

The mousse is fine, soft, creamy and festive. No doubt for me, although the shadow of 2008 is of course long. 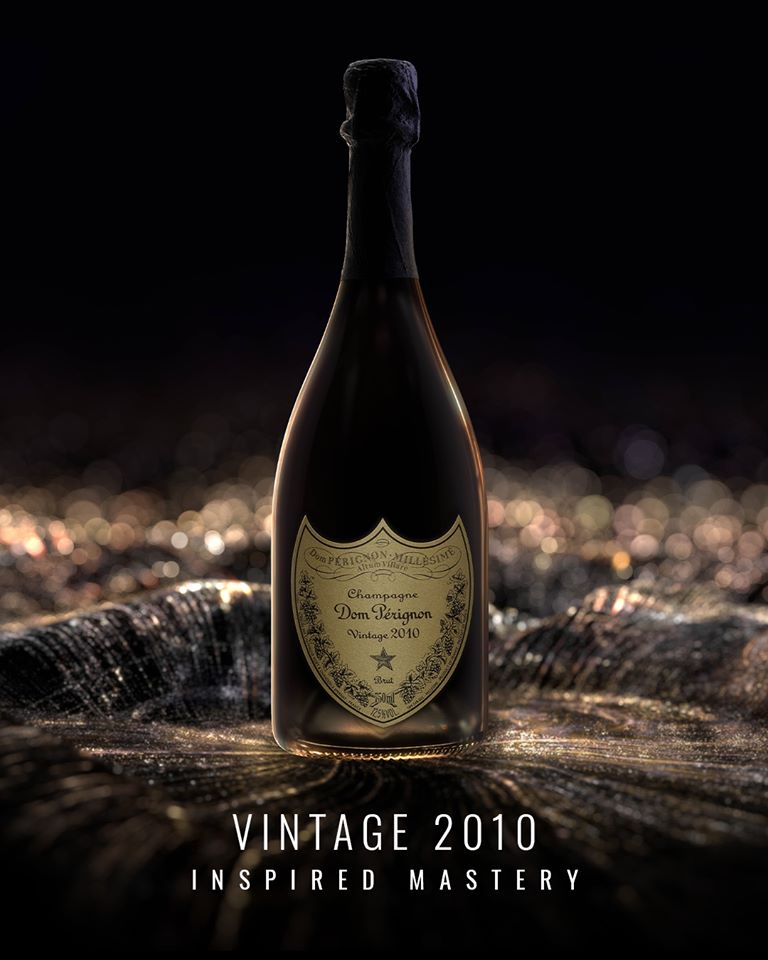