Charles Dufour is a still (rather) young champagne producer in Landreville, in the Côte des Bar, in the Aube. It was my intention to “include” Champagne Charles Dufour in my book, but the project had to be brought to an end in 2016 and the number of profiled producers at that time remained at 76 – while the aim was 101. So in the book as published in 2017, Charles Dufour is mentioned under ‘Only a small selection’ (page 39, ‘Champagne – The Future Uncorked’). 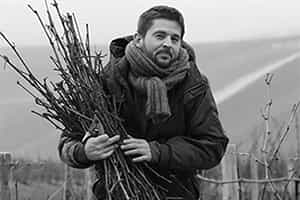 Charles Dufour took over the family business in 2008, when he immediately started a conversion towards organic viticulture. Quickly thereafter, he was certified by Ecocert.

He works 6 hectares in Landreville, Celles-sur-Ource and Essoyes. He does this all on his own and with the extensive office work – which he does not like – it is all just possible. Expansion of the vineyard area is therefore not an option.

By abandoning the single vineyard champagnes, he can produce and guarantee more volume and better quality of his Bulles de Comptoir. With this step Charles Dufour goes against the trend, which is so clearly visible in Champagne and which I have extensively documented in my book, the subtitle of my which (at least for the Dutch version) is not without reason “Le Réveil des Terroirs”.

After pressing, the must immediately goes into (older) oak barrels. The first fermentation, (with only natural yeasts) is therefore on wood. The malo, a conversion of malic acids into lactic acids, is not blocked, but not necessarily sought either. The young wines stay at Champagne Dufour for around 9 to 10 months. They are neither cleared or filtered during this time and therefore develop on their fine lees.

From May or June after the harvest, Dufour keeps the wines on stainless steel.

In the large(r) tank, the wine from the different barrels (first per single vineyard and now for the total) can ‘marry’, as the French say. By bringing the wines together, homogenization takes place. The single vineyard wines he made until recently were all “secret” vintage champagnes, but the Bulles de Comptoir is not. That is why there is now always around 20 percent of vins de réserve (from a réserve perpétuelle, which is kept on cask – call it a sort of solera) in the tank.

Then in July (sometimes a little later), there is the “tirage”, the bottling.

The yeast that Charles uses for a second fermentation on bottle also comes from his own vineyards, which is when the actual champagne process starts. The bottles of the single vineyard champagnes lay sur lattes for three years and after disgorgement the bottles were topped-up without dosage. They were all Bruts Natures. The period sur lattes for the Bulles de Comptoir is never much longer than the legal minimum of 15 months, and up to two years at most. Although the Bulles de Comptoir label states that it is an Extra Brut, no dosage is added here either. 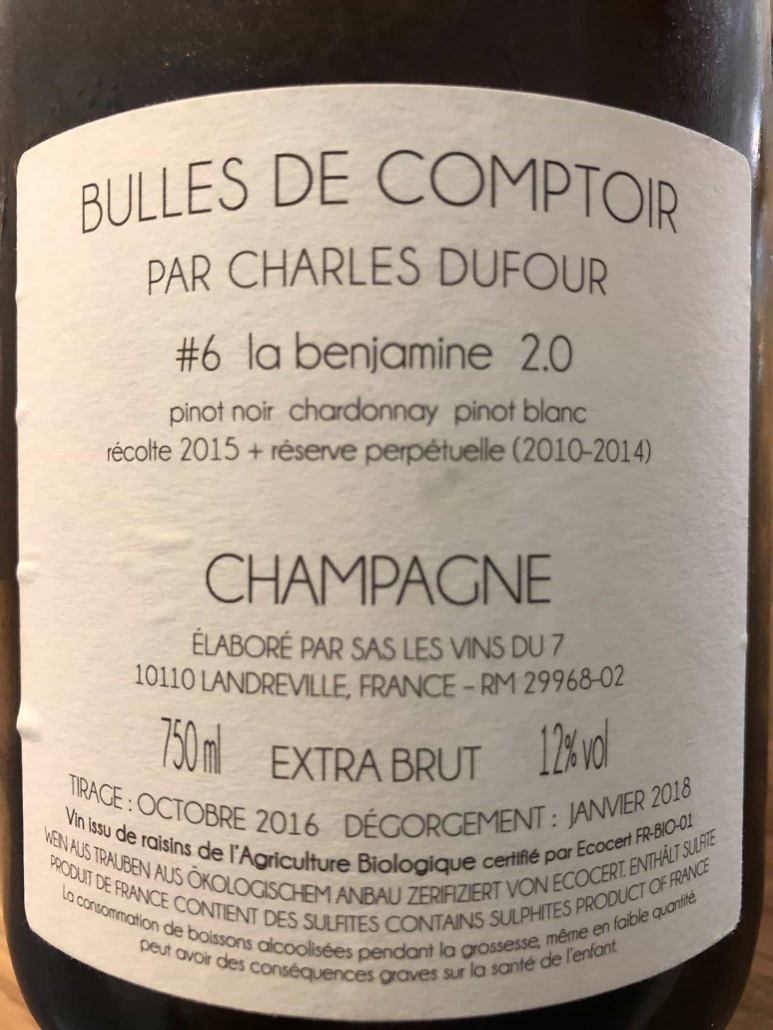 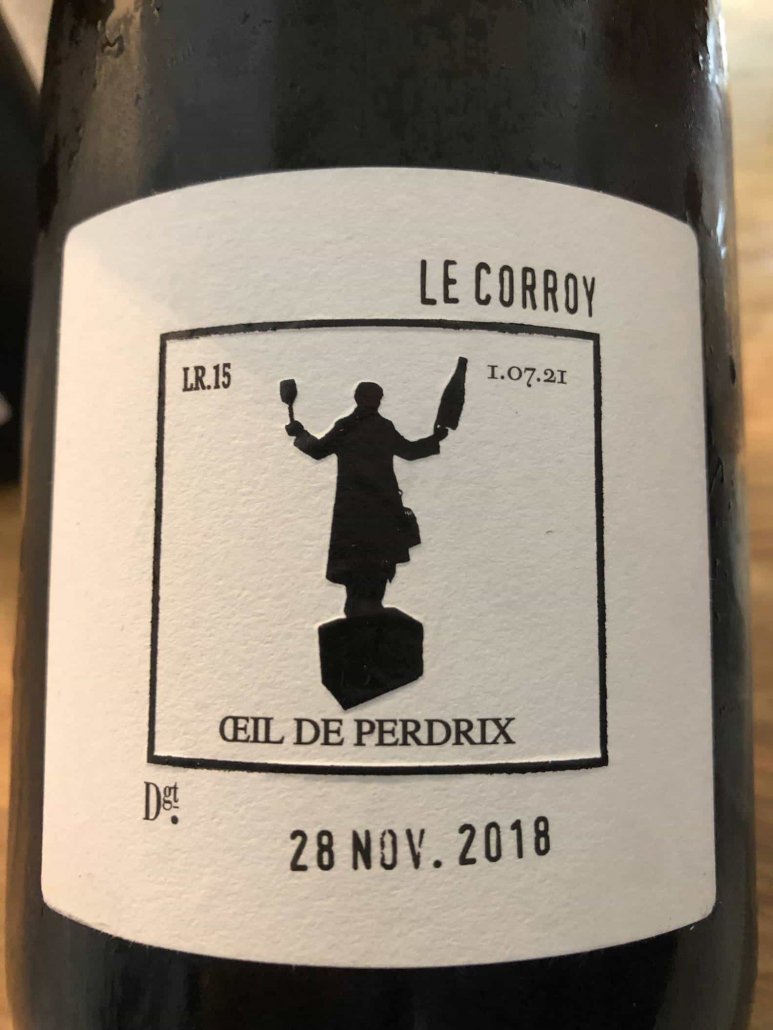 He also produced a rosé d’assemblage under the name RosExpress, with pinot noir from Landreville.

Most of the wines mentioned above are still available from Dutch importer Aerts Champagnes in Nieuw-Vennep (luuk@aerts-champagnes.nl).

For the enthusiast, they are very worthwhile with all their subtle differences.

For example, I tasted the really fine Le Corroy Œil de Perdrix 2015 (quietly indicated on the label in small print as L.R.15 (L.R. stands for “la récolte”)), which was disgorged on the 28th November 2018. A wine with super small red fruit and eau de vie de framboise in both nose and mouth. Wonderfully soft in the mouth with a fine, stimulating bitterness in the finish.

The Bulles de Comptoir # 6 la benjamine 2.0, with base wines from both chardonnay, pinot noir and pinot blanc 2015 and around 20 percent vins de réserve, is open, invigorating, juicy and creamy and has a fine expression of fruit.

Charles Dufour will certainly have a place in one of the next (iBooks and printed) editions of “Champagne – The Future Uncorked”, but our interactive digital book update is much quicker.

He deserves it with conviction.

… and last but not least,