“Vignerons à Bouzy depuis 1799” is stated with pride on the labels of NM Pierre Paillard. So a négociant manipulant. But the champagnes, at least the ones I have tasted, all come from their own vineyards. Together, the family owns 11 hectares. Everything in Grand Cru Bouzy. And having said that, the distribution of the varieties over these 11 hectares is somewhat special. 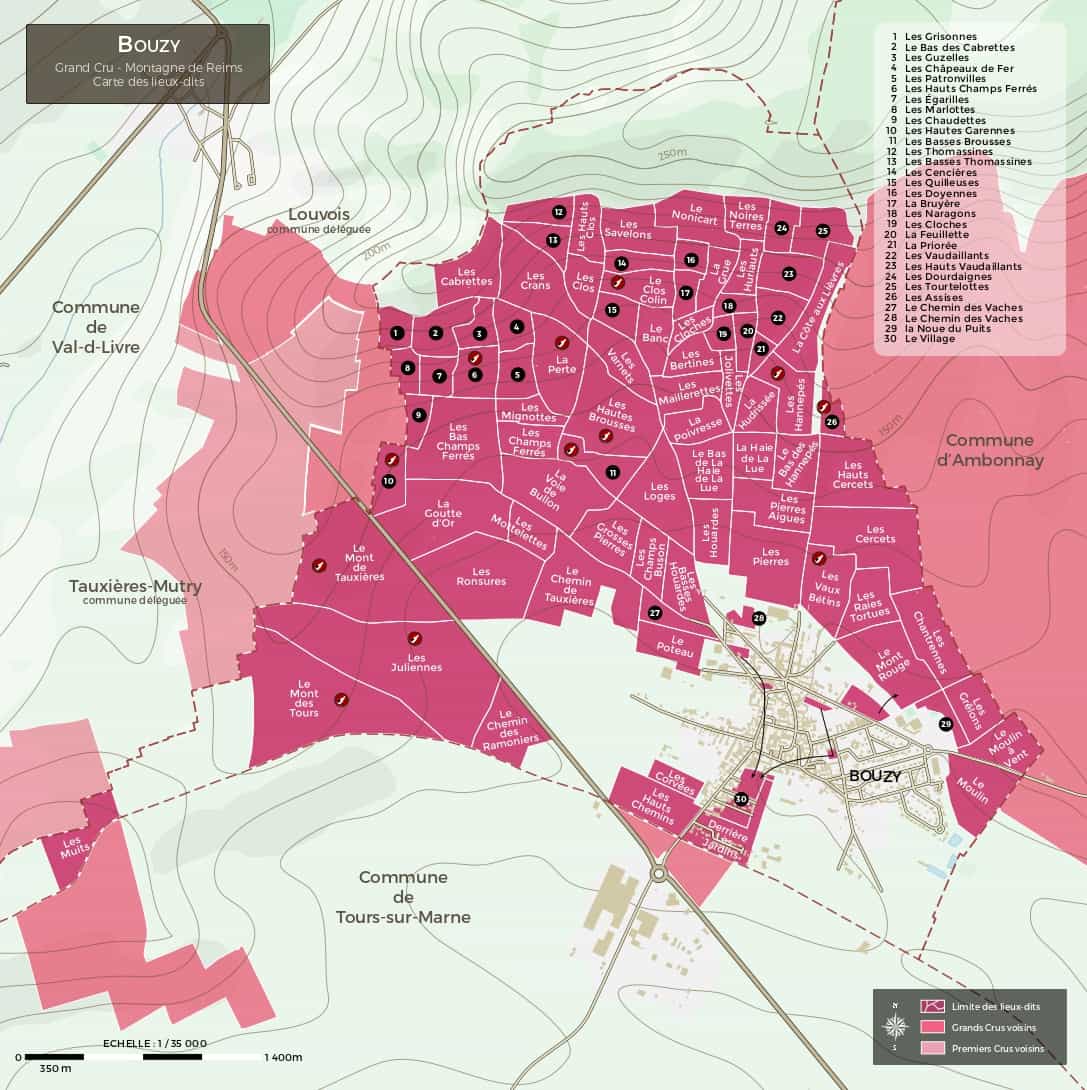 Bouzy counts, as I read in my own book, about 375 hectares of vineyard, of which about 325 hectares are planted with pinot noir. So less than one seventh is planted with chardonnay.

However, the planting at Pierre Paillard consists of a third chardonnay and two-thirds pinot noir.

Much of the planting – and that is almost as special for Champagne – dates from the sixties and seventies and always from a sélection massale. The chardonnay in the lieu-this Les Mottelettes was planted in 1961 and the pinot noir in Les Mignottes dates from 1970.

Since 2012, the 5th generation has been at the helm. Until then, father Benoît Paillard was in charge and his two sons worked with him. Now those two sons, Antoine (1983) and Quentin (1987), determine the policy.

In the past years they have changed a lot. In fact, they have gone along with a broader trend that we see in Champagne and that is extensively described in my book “Champagne – The Future Uncorked”: much more attention to the work in the vineyards, greater precision in winemaking through a vinification parcellaire and in general, a focus on precision and purity – supported by considerably lower dosages.

“Very recently, at Champagne Bar Bouzy in The Hague, and in the presence of Quentin Paillard and Bar owners Martijn Verbruggen and Stefan Verleer, I tasted a fine series of champagnes by Champagne Pierre Paillard.

It confirmed my strong suspicion that this producer is worthy of a place in my book. I will therefore correct this omission with a second edition, and of course, earlier, with an update of the interactive digital book in the iBooks store.”

Les Parcelles Bouzy Grand Cru XIV Extra-Brut is, as it is called, the entry-level champagne. XIV is on the label to indicate that the base wine is formed by the excellent 2014 harvest. A perfect aperitif champagne, pristine, invigorating and elegant with a nice balance. Delicate and energetic at the same time. Wonderfully dry and yet generous.

Les Mottelettes Bouzy Grand Cru Blanc de Blancs 2007 and 2012 are both beautiful examples of what Chardonnay can do in the Montagne de Reims. You can’t compare them with blancs from the Côte des Blancs – wider, less linear. The single vineyard 2007 has a dosage of 8 grams per litre, for that time quite normal. It is nicely aged with citrus fruit and a pleasant bitterness. The 2012 has a dosage of only 2.7 grams per litre and is a real Extra-Brut. It is gorgeous. Among other things, due to the very fine mousse, the soft mouthfeel. It has beautiful aromas, that range from flowers through Mediterranean fruit to fine spices. 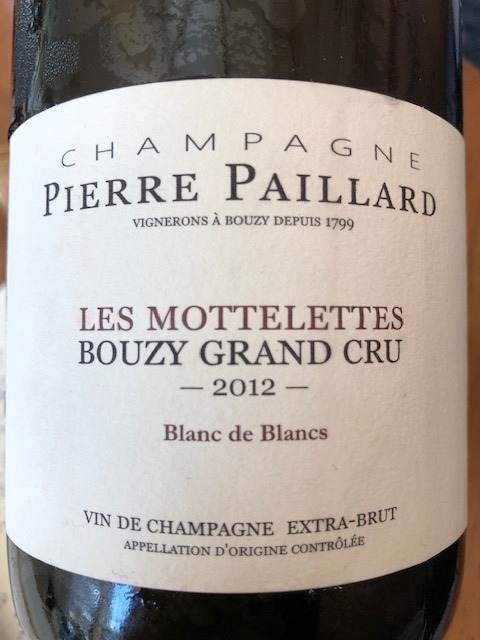 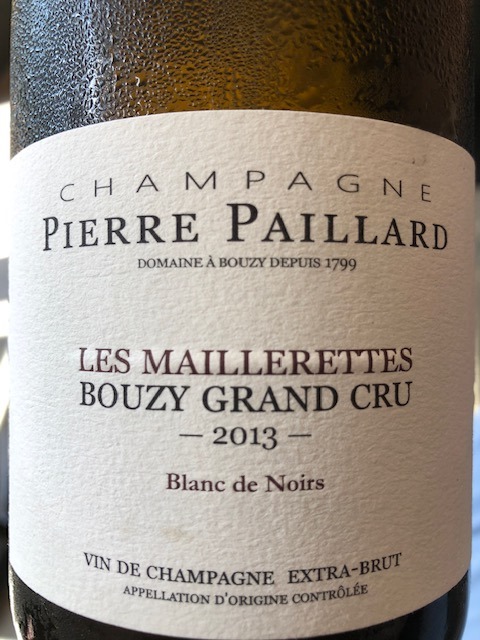 Les Maillerettes Bouzy Grand Cru Blanc de Noirs 2007 and 2013 are single vineyard champagnes of 100 percent pinot noir and you can taste it – they have that wonderfully meaty, that deliciously plump. The 2007, disgorged in November 2010 and with a dosage of 8 grams per litre, has a perfectly integrated mousse and the complexity associated with a ripe blanc de noirs, including aromas of mushrooms and fried bacon. The 2013 is an Extra-Brut with a dosage of 2.7 grams per litre. The disgorgement was in January 2018, so it now presents itself optimally, after a year and a half. What is immediately noticeable is the slightly reddish colour, a sign that it has not been decolourized with charcoal – which is very common in Champagne. It is finely creamy and has beautiful fruit from raspberry to apricot. A feast. 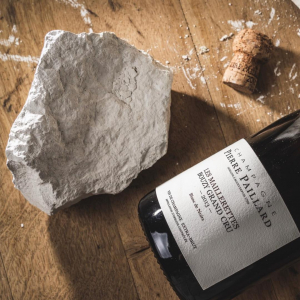 La Grande Récolte Bouzy Grand Cru 2004, 2006 and 2002 and 2008 are four millésimes / vintages that were tasted – two by two. All have the same blend, i.e. 50/50 pinot noir and chardonnay. But the 2004, 2006 and of course the 2002 were still produced under the direction of Père Benoît Paillard and with the 2008, the boys Antoine and Quentin already had some influence. But perhaps, the fantastic 2008 itself has more determined the ultimate quality. The 2004 is a picture. You can taste the pinot noir clearly. In the long run, it always dominates. Among other things, brioche and a notable maturity. The 2006 is more nervous. Chardonnay seems to come to the fore. It is clearly fresher and again, more nervous.

Then the two star years of the 21st century so far are served. Both are big and full of energy. They show concentration, length and fine balance.

“Champagne Pierre Paillard is really a producer to follow closely.”

Most extensive revision to date for Champagne the future uncorked